Katraj to Sinhagad or as we call it “K2S” is a popular night trek for professional trekkers, amateurs, and newbies. The route starts from the Katraj Tunnel Top (Old), travels through a series of mountains and hills (more than 15) and approximately (16kms.) which leads to the destination Sinhagad Fort Ghat road. It is definitely a trek which will test your physical fitness, stamina, and endurance. The trek ends at Sinhagad. Information about the places:- Katraj Ghat: The Route which connects Pune to South Maharashtra. Both Katraj Tunnel and Sinhagad are connected by a single mountain range. This connecting mountain range gives a fascinating view of slopes and valleys surrounded by Pune and the amazing view of Pune city. All these things make one test the stamina, patience, and endurance. Which makes the trek, a perfect one to start off the trekking, and for this reason, the Trek has become one of the favorites amongst the Trekkers. Sinhagad: Sinhagad is a fortress located roughly 30 kilometers southwest of the city of Pune, India. Previously called Kondhana, the fort has been the site of many important battles, most notably the battle of Sinhagad in 1670. It was also strategically located at the center of a string of other forts such as Rajgad, Purandar, and Torna. Perched on an isolated cliff of the Bhuleswar range of the Sahyadri Mountains, it is situated on a hill rising 1312 meters above sea level. Given natural protection by its very steep slopes, the walls and bastions were constructed at only key places; it has two gates – the Kalyan Darwaja in the south-east and the Pune Darwaja in the north-east. 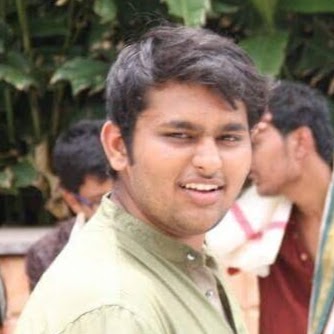 - Water is not available anywhere on this route, due to exhaustive nature of this route; make sure to carry at least 3 liters of water per person (Compulsory) - Shoes must be in really good condition since the land is slippery (Compulsory) -Carry your own Food/Dinner (Either Tiffin/packed dinner) (Compulsory) - Carry a jacket, protects when u stop for a rest facing chilling winds. (Compulsory) - Head/Hand Torch with Spare battery set. (Compulsory) - Camera (Optional) - Walking stick (Optional) - Luggage packed in a good day pack (preferably 22-30 liter backpack), all luggage wrapped in plastic bags to avoid getting wet (compulsory) - Complete spare set of clothes. - Personal medication. (If any) – Keep your backpack weight minimum. (Remember you have to carry things on your own.) Registration fee & Expertise Charges: Rs. 350/-